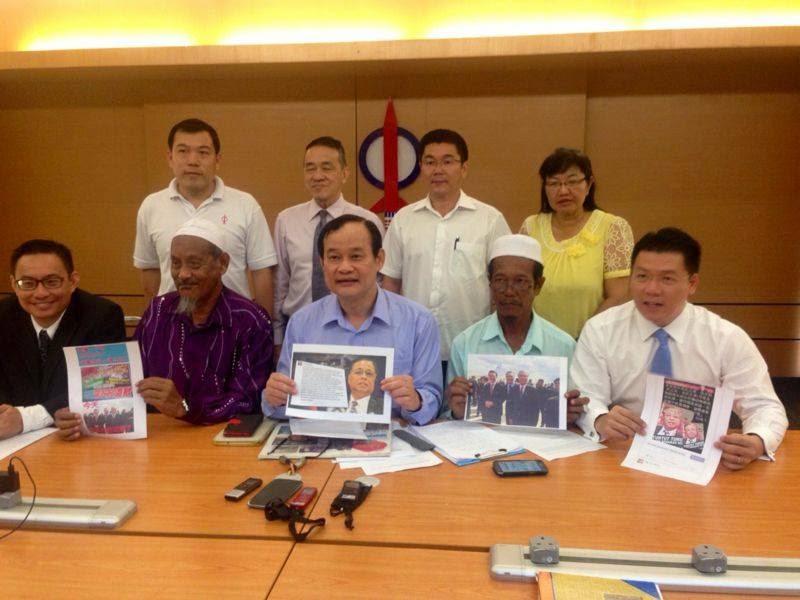 1) Ngeh Koo Ham, MP for Beruas to proceed with legal action against Ismail Sabri Yaakob for describing him and his family as ‘anti-Islam’.

The time given by me to the Agriculture and Agro-based Minister, Datuk Seri Ismail Sabri Yaakob to retract and apologise to me and my family for his false accusation that we are anti Islam has lapsed. I have instructed my lawyer to proceed with legal action against him.

Datuk Seri Ismail Sabri Yaakob has been reported to say that he will not apologise for his call to the Malays to boycott Chinese businesses in order to lower down the prices of goods and also for falsely describing me and my family as anti Islam.

In his original posting in his facebook, Datuk Seri Ismail Sabri Yaakob had lied on 2 matters. Firstly, that the Old Town White Coffee chain owned by Old Town Bhd belongs to me and my family i.e I have shares in the said company. Secondly, that my family and I are anti Islam.

His posting had caused a public outcry and when he was confronted, he tries to avoid responsibility by telling 2 further lies. He said that his posting refers to only ‘stubborn’ Chinese traders and subsequently from the Prime Minister Office’s statement, he was quoted as saying he has not targeted any specific race with his social media post. This a clear lie as his posting clearly targeted the Chinese traders. His fourth lie is when informed that I have threatened to take legal action against him he replied that he was not referring to me and my family. I have stated that there is only one DAP Ngeh family in whole of Perak and that is my family. I have on 3/2/2015 challenged him to name another Ngeh family that he has known when he made the defamatory statement but until today he has not been able to name one.

Prime Minister Datuk Seri Najib Tun Razak cannot be keeping a man proven to be quick to lie in his cabinet as he will pose a great danger to the nation.

The fact that he has withdrawn his posting and avoided identifying me and my family as his targets are clear admissions of guilt on his part. His actions clearly prove that his statement against me and my family is untrue.

The Islamic Authorities should reprimand him for using the Islamic Religion to falsely defame me and my family. 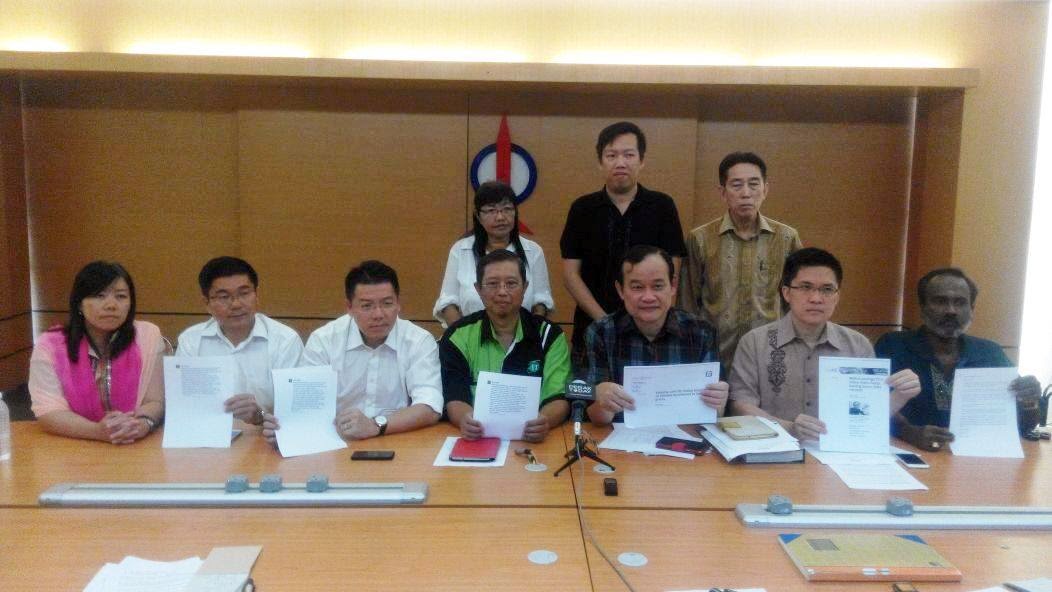 1)    Prime Minister, Najib Tun Razak must sack Agriculture and Agro based Industries Minister Ismail Sabri Yaakob for stirring up racial disharmony, acting base on a complete lie without verification and proven he will lie to avoid responsibility.

I was shocked in disbelief when the Agriculture and Agro-based Minister, Datuk Seri Ismail Sabri Yaakob called on Malays to boycott Chinese businesses to lower prices in particular the Old Town White Coffee chain owned by Old Town Bhd which he said I owned shares. He further said that Malays are still refusing to boycott Old Town White Coffee what more when its owner is said to be the DAP Ngeh family of Perak who are infamously known to be anti-Islam. He further stated that as long as the Malays don’t change, the Chinese will take the opportunity to oppress the Malays.

I have through the media demanded that he retracts and apologises to me and my family for describing us as anti Islam. He avoided responsibility for his statement by saying that he was not referring to me specifically by name as there are many Ngehs in Perak. Datuk Seri Ismail Sabri Yaakob is clearly lying when he said he was not referring to me and my family. There is only one DAP Ngeh family in whole of Perak and that is my family. I challenged him to name another that he has known when he made the said defamatory statement. Therefore, it is clearly proven that Datuk Seri Ismail Sabri Yaakob will lie to escape responsibility. The danger posed by a man holding public office who is willing to lie to escape responsibility is greater than a man holding public office being involved in a sexual scandal. The former will cause great harm to the country while the damage caused by the latter is often confined to himself and his family.

In view of the above I call on the Prime Minister, Datuk Seri Najib Tun Razak to sack Datuk Seri Ismail Sabri Yaakob as a minister for the following reasons:

(i)  For causing racial discord and disharmony.
(ii) For acting base on a complete lie without verification.
(iii) For lying to avoid responsibility.

I also demand that Datuk Seri Ismail Sabri Yaakob retracts his allegation that my family and I are anti Islam when we are not, apologises to us publicly and offer us a reasonable compensation for the damage  he has done to our family.

The Sessions Court at Kuala Lumpur has on 25/4/2014 in a judgment ordered The New Straits Press (Malaysia) Bhd and its journalist, Sylvia Looi Lee Phing to pay me a sum of RM200,000-00 and RM15,000-00 costs for inter alia accusing me of being a religious bigot. The Defendants paid the compensation and costs in full without filing any appeal.

I have been proven in Court that I am not a religious bigot and as a Member of Parliament I attend religious functions of all faiths including those of the Islamic faith.

I have sponsored amongst others Hari Raya open houses, group circumcision organized by mosques and Muslim religious groups and gave aid to needy muslims.

Therefore, Datuk Seri Ismail Sabri Yaakob have clearly defamed us when he called me and my family as being anti Islam.