When Pakatan Rakyat (PR) took over the administration of the Perak Government, it collected an additional revenue of RM103 million without increasing any form of tax or charges on the people. Therefore, there was a surplus amount of about RM63 million for the year 2008.

Pakatan Rakyat when presenting the 2009 budget at the end of 2008, has no knowledge yet that it will be collecting an additional sum of RM103 million for 2008. So, PR being prudent, presented a budget with a reduced deficit of RM25 million.

In view of the increased in revenue in 2008, PR believes that had it been given the opportunity to continue to administer Perak it would also have been a surplus for the year 2009.

Unfortunately, we see BN undemocratically grabbed power in Perak on 6/2/2009. Perak under BN continued to be a year in deficit for 2009.

BN had again presented a deficit budget for 2010 with a deficit of RM23,890,000. As expected with its corrupt and non transparent administration, BN Perak State administration chalked up additional expenditure. It has now asked the State Assembly sitting on 3-8-2010 to approve another RM80 million for its administration.

In the circumstances, BN Perak State Government is expected to register RM103,890,000in deficit for 2010 which is the highest in the history of Perak.

BN Perak Government is paying and giving benefits to Dato’ Chan Ko Youn, Dato’ Veerasingham, Dato’ Hamdi Bin Abu Bakar for holding posts without a job. Why does the government need to pay Dato’ Chan Ko Youn and Dato’ Veerasingham as state advisors with Exco pay and benefits? Is Dato’ Seri Zambry Bin Abdul Kadir the BN Menteri Besar admitting that he is not competent to government the State or is he just trying to benefit BN candidates who have lost in elections? These are public funds and not his personal money.

BN Perak State Government has announced giving RM50,000 to each MCA division. We believe secretly it is also doing so for UMNO divisions.

Zambry has spent huge amount of State money to put up thousands of posters to promote himself.

Perak BN government also wasted State fund to promote itself by advertising in the media and sending ‘Teachers’ Day’ cards every teacher.

The public demands that BN stop wasting public funds. Public funds are meant for the public and not to promote BN or Zambry.

I call on the Dato’ Seri Zambry to itemize what the proposed to use the additional RM80 Million for. The people has the right to know the details to avoid it going to dubious projects.

Investment was the highest in Perak during the reign of Pakatan Rakyat (PR).

The figures released by Malaysian International Trade and Industry (MITI) for the last 10 years from 2000 to 2009 show that the investment in Perak was the highest when PR ruled Perak.

The investment in Perak in 2008 was RM3,130,017,250. This was despite the fact that PR took over power only after March 2008 and the uncertainty that surrounds the first 2 months of the change of Government after more than 50 years of BN rule. It was also despite the fact that the United States of America and Europe were facing economic crisis in 2008.

Investors were having great confidence in PR after just a short period of its administration. I believe investments would have increased further had it not for the undemocratic grab of power by BN on 6-2-2009.

Prime Minister, Dato’ Seri Najib Bin Tun Razak and Dato’ Seri Zambry Bin Abdul Kadir are to be blamed for dashing to pieces the new hope that PR was bringing to the people of Perak. They killed the economic prosperity that was to follow due to the exemplary rule of Pakatan Rakyat Government which was highly praised by the Auditor General’s office.

Unemployment and low paying jobs continue to dominate the job market in Perak. The people must teach BN leaders a lesson in the coming 13th General Election for putting personal powers and interests above the welfare of the people of Perak. 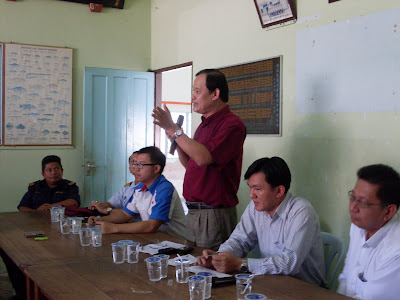 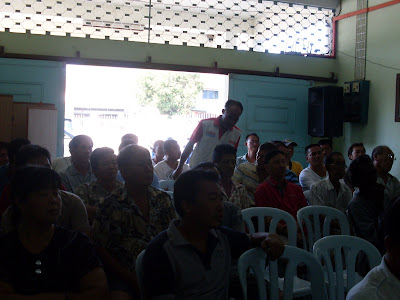 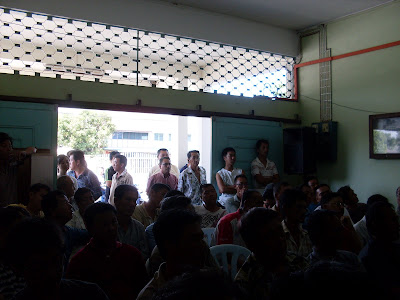 The Perak Pakatan Rakyat Assemblymen and Assembly women met last night and have expressed the hope that this coming State Assembly sitting will be incident free. We hope that for the sake of the people of Perak, the BN Perak Government will act responsibly by answering questions raised by the elected representatives and allowed debates to be conducted in free and conducive environment.

We call on the Perak BN Government to cease the following which have occurred in the past State Assembly sittings:-

(i) Allowing the police to surround and invade the State Assembly creating a climate of fear and intimidation.

(ii) Refusing to answer the questions raised by the elected representatives base on a flimsy reason that it was forwarded to the Assembly secretariat by V. Sivakumar, the PR recognized legitimate speaker. Nowhere under the rules is this prohibited. Questions can be forwarded through email, courier, pos laju, normal mail, an office boy or any other person. Pakatan Rakyat elected representatives are willing to forward their questions directly to the State Assembly Secretariat this time round just to avoid the people’s questions go unanswered.

(iii) The microphones of the Pakatan Rakyat elected representatives were switch off to prevent them from debating or asking questions.

(iv) Doors to the State Assembly were locked to ensure that Pakatan Rakyat elected representatives use only the route designated which is controlled and under the strict surveillance of the police.

(v) Only BN controlled media are allowed into the State Assembly while other media are locked in a room where the audio sound cannot be heard except for selected messages that the BN Government wants them to hear.

The above said incidences have make a mockery of the democracy in Perak. Perak Pakatan Rakyat had hoped that fresh election can be called to restore full democracy in Perak but BN has refused to do so. Until then, for the sake of the people of Perak, Pakatan Rakyat elected representative will continue to bring up the issues affecting the people by asking questions and debating on the issues affecting them.

In order that this coming State Assembly sitting will go on smoothly without its legitimacy being questioned, Mr V. Sivakumar will also issue a notice for the State Assembly to sit on 3/8/2010. Again, in order that this coming sitting will proceed smoothly and for the sake of the people of Perak. Mr V. Sivakumar and the other Pakatan Rakyat elected representatives have also agreed to allow Dato’ Ganesan to chair the meeting albeit not as a speaker (as his legitimacy can only decided by law) so that this session can be conducted in an orderly manner and free of any untoward incidence.

We hope the Perak BN Government will respond positively for the sake of the people of Perak.

Issued by Dato’ Ngeh Koo Ham for and on behalf of Perak Pakatan Rakyat elected representatives.