Despite the disappointing Federal Courts decision on the MB Vs MB case, let us move on and let not our spirit to fight on be dampened. We vow to continue to serve the people especially the Perakians to the best that we can do.

Wish all the members in the Pakatan Rakyat and all the supporters who celebrate chinese new year a very happy Chinese New Year and may all of you continue to enjoy good health, peace and harmony and continue to be patience until we take back Perak for the people of Perak.

Whatever claims BN and Dato Seri Dr Zambry may make over the state government of Perak, there is no denying the fact that both were not democratically elected by the people of Perak in the 2008 general elections. To restore democracy and the constitutional right of the people to determine their government, DAP reiterates our call to BN to dissolve the Perak State Assembly and return power to the people by holding fresh elections.

As expected (or unexpected) Datuk Zambry was declared the Menteri Besar of Perak by mean of courts decisions. Dato' Seri Nizar was elected by the people of Perak in the 2008 general election.

Dato' Ngeh Koo Ham shared the new year's joys with the people of Sitiawan by giving 30 goodies bags to the needy in order that they could also celebrate the auspicious occasion together with all of us.The goodies included a bag of rice, 2 packs of Milo, condensed milk,cereal and sugar. He also gave RM500 'ang pow'under Sunshine project
to a young victim from a poor family who was paralysed after a stroke. 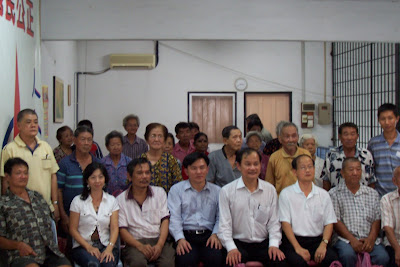 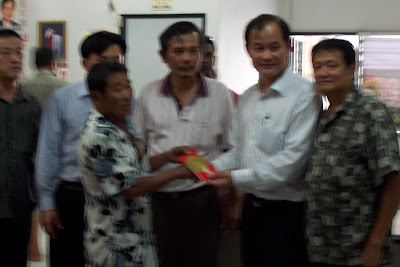 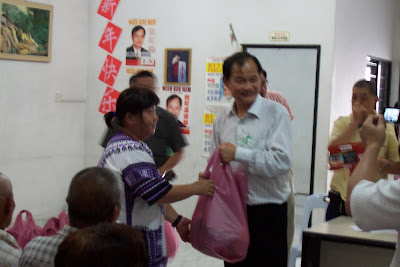 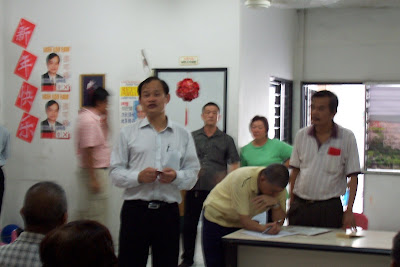 posted by jason ling
Posted by Ngeh Koo Ham at 10:22 PM No comments: