1. DAP calls on the Government to consult all stakeholders before implementing the proposed new scheme by Bank Negara Malaysia to cover third party bodily injury and death.

2. DAP calls on the Government to review the limits imposed by the Civil Law (Amendment) Act 1984 on the quantum of damages for personal injury claims which does not reflect the actual loss suffered by the victims or their families.

Bank Negara Malaysia (BNM) has proposed to introduce a new scheme to cover third party bodily injury and death which it hopes to implement in the second half of 2010.

Several DAP MPs had a meeting with representatives from the Bar Council led by its President, Mr Ragunath Kesavan yesterday. Having studied the proposed scheme, DAP MPs are of the view that the proposed scheme has wide implications and ramifications.

Meanwhile, the DAP calls on the Government to immediately review the limits imposed by the Civil Law (Amendment) 1984 where only a sum of RM10,000-00 is paid for a death purportedly for bereavement and no loss of income is allowed if one has reached the age of 55. It also does not allow a victim to claim for any loss of income though he is highly qualified and has the potential of high earnings if at the time of accident he is not gainfully employed. The limits imposed are grossly unfair and unjust as they do not reflect the actual loss suffered by the victims.

DAP mourns the lost of one of its veteran members Tuan Haji Ibrahim Singgeh who pased away at 7.40pm on Monday (31/5/2010) aged 92 leaving behind a wife, Puan Hajjah Jamilah Bt Sham, 3 sons and 2 daughters. He was buried today (1/6/2010) at the Kg Sekolah Banir Muslim cemetery in Perak. The late Ibrahim Singgeh was the State Assemblyman for Tapah Road (now Air Kuning) in 1969. He was also a former Deputy Secretary of the DAP. Two years ago DAP Perak held a birthday party at the Dewan Merdeka Tapah to celebrate his 90th birthday.The DAP would like to put on record its appreciation for the services rendered by him to the party and the nation. The Party would like to extend its deepest condolence to the bereaved family of the late Tuan Haji Ibrahim Singgeh. He will be greatly missed by all. 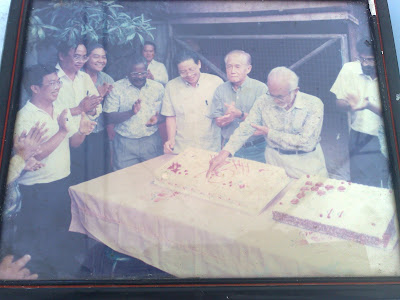 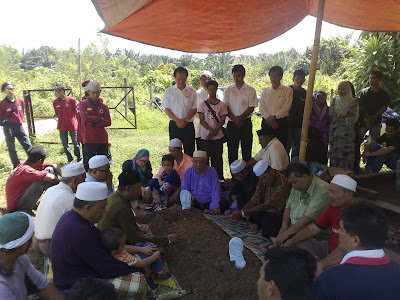 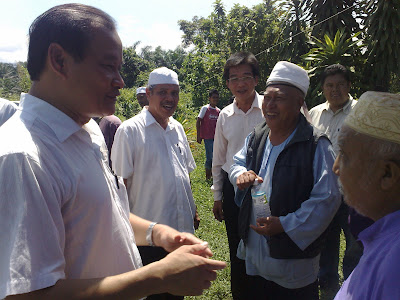 
submitted by DAP Perak
Posted by Ngeh Koo Ham at 10:03 AM 5 comments: