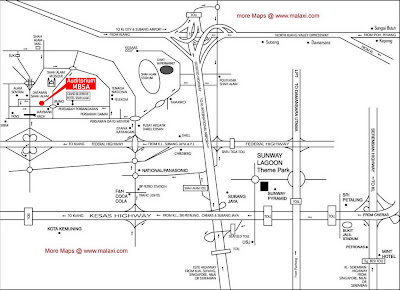 DAP Perak takes full responsibility for the 3 frogs door-mat incident at the DAP Perak Annual Convention. DAP leaders who were invited to the convention should not be blamed, UMNO and BN leaders who criticized Lim Kit Siang over the incident has no sense of justice and are hypocrites for failing to criticize their own members who have acted in more terrible manner

DAP Perak takes full responsibility for the 3 frogs (3 Pakatan Rakyat elected representatives who defected) door-mat incident at the DAP Perak Annual Convention and we have apologised to all Malaysians who felt offended by the incident.

DAP leaders including YB Lim Kit Siang, the Chief Minister Penang, YAB Lim Guan Eng and the leaders PKR and PAS who were also invited to the convention are not to be blamed. As the door mat was placed across the entrance to the convention hall, all persons entering the hall will have to step on the door mat.

UMNO leaders have singled out YB Lim Kit Siang for attack. This is totally unjustified and it clearly show their lack of the sense of justice.
The door-mat was not placed by YB Lim Kit Siang and all persons entering the convention hall would have also stepped on the door-mat.

UMNO leaders who criticized the incident are hypocrites as they failed to show the same displeasure when BN/UMNO members did similarly or worse in the following incidences:-

(v) UMNO Youth Chief, Khairy Bin Jamaluddin behaving in an unruly manner during the visit of the Secretary of State of the United States of America, Condoleeza Rice, to Malaysia.

“The Auditor General has confirmed that the Pakatan Rakyat State Government of Perak has caused improvement to each and every department and agency of the Perak State during its 11 month’s rule. The PR Government has succeeded in making historic achievements during this short period. It is without a doubt that PR is the hope of the people and it has brought the changes the people had voted for on 8/3/2008”

1. The Betrayal
The last one year see tumultuous times in Perak with the unlawful and undemocratic grabbing of power by BN on 7/2/2009.We saw one of us, Mdm Hee Yit Fong prostituted herself to BN and two others Mohd Osman Bin Mohd Jailu and Jamaluddin Bin Mohd Radzi from PKR who sold themselves to BN which caused the downfall of PR Government in Perak. They will be scorned upon for posterity. In the very near future when they are us longer useful to BN, BN will treat them worst than lepers of the past and dogs with sores to be avoided for that is the contempt BN has for them. That time is very near and let all comrades be reminded that history has never been kind to those who sold their souls for benefit. To prove my point I challenged Hee, Osman & Jamaluddin to ask BN now to promise them that they will be made candidates for their respective constituencies in the next election and see the BN’s replies to them. However, in order that history will not be too harsh to them, I urge them to repent and declare that they no longer side BN and support giving back the power to the people by calling for by-elections at their respective constituencies or support the dissolution of the Perak State Assembly. T

2.The effect of the illegal & undemocratic grab of power What concern us more, is the effect of this political crisis on our beloved state of Perak and the nation of Malaysia.We see the police who are enforcers of the law have been reduced to taking instructions from the BN government.

The Judiciary which is the baston of the constitution and the rule of law has on many occasions in the words of the retired Court of Appeal Judge, Dato’ N. H. Chan decided against the plain provisions of the law. The Sultan of Perak has refused to dissolved the state Assembly at the request of Menteri Besar, YAB Dato Seri Nizar Bin Jamaluddin against his very stand as stated in his book “Constitutional Monarchy, Rule of Law and Good Governance” where His Royal Highness said:“Under normal circumstance, it is taken for granted that the Yang di Pertuan Agong (the sultan) would not withhold his consent to request for dissolution of Parliament (State Assembly). His role under such a situation is purely formal”

The police invaded the Perak State Assembly and forcibly evicted the speaker, V. Sivakumar on 7th May, 2009 and help BN installed a bogus speaker who was elected by BN elected representatives even before the Assembly Session was opened by His Royal Highness the Regent of Perak.All these spell disaster for the Perak state and nation of Malaysia. It is imperative on all of us, who love Malaysia to save Malaysia by restoring the constitution to its rightful place and to uphold rule of law.The way forward is to take Putrajaya and there is no two ways about it as reform to the police and the judiciary can only be done by taking federal power. Let us pledge to day to save our nation by working towards Putrajaya.

Do the people have faith in us? Our 11 months of ruling Perak has crushed to pieces the propaganda perpetuated by BN in the last 50 years that the opposition parties are unable to rule. We have proven them wrong and have outperformed BN in every aspect.

The Auditor General has confirmed that the Pakatan Rakyat State Government of Perak has caused improvement to each and every department and agency of the Perak State during its 11 month’s rule. The PR Government has succeeded in making historic achievements during this short period. It is without a doubt that PR is the hope of the people and it has brought the changes the people had voted for on 8/3/2008 In 2008 the Auditor General audited 7 state departments and 6 state agencies in Perak and found all these state departments and agencies have improved under the PR government. The financial management of the State financial office was accredited with a four star Excellence status of 90.33 marks which was unprecedented. We see mark improvement on the State Economic Development Corporation (SEDC) and the Majilis Agama Islam and Adat Melayu Negeri Perak. The SEDC under BN could not come out with audited accounts for 10 years (1997 to 2006). These were all finally finalised and audited under the PR short rule. Even the 2007 accounts were prepared up to date and audited. Imagine the impact on our state if we are given more time to govern. Imagine the impact we can make if we control the Federal Budget of about RM200 billion yearly which is about 300 times more than the Perak State budget of about RM700 million. We have increased State Revenue by more than RM 100 million from RM538,761,178 in 2007 to RM639,425,143 in 2008 despite not having increased any tax whatsoever on the rakyat and despite we having reduced all land conversion premium and quit rent for not profit organizations to RM 1,000 and RM 40-00 respectively. We increased revenue through hard work, open tender system and zero tolerance for corruption.Our other policies like granting freehold titles for planned and new villages, approving lands for schools and places of worship, supporting Chinese Private Schools and private religious schools by granting them 1000 hectares of land each have endeared us to the rakyat. In the pipeline were programmes to ensure home ownership for all especially the Indians who were displaced from the estates by giving them housing lots, selling homes to them at discounted prices. The welfare policies of helping the poor, the needy and the downtrodden have also been well received.

4. To persevere and serve faithful

I call on all PR elected representatives to continue to serve faithfully and not be discouraged.Though we have lost confidence in the judiciary due to the flip-flop decisions of the courts, we however, still trust that good will triumph over evil. If V.Sivakumar succeeds in his case against the Election Commission and the 3 frogs, we will see by elections in Jelapang, Changkat Jering and Behrang. If Dato Seri Nizar bin Jamaluddin succeeds in his case against Dato Zambry bin Abdul Kadir we will see state wide elections to be called.The PR leadership will continue to do what we can especially through legal court cases while members must continue to influence public opinion, to get the people to persevere and to stay with us. I believe so long as the people are with us. Putrajaya will be a dream that is achievable.