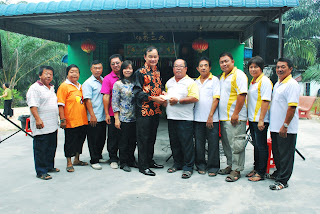 “在霹雳州民联的2013年替代财政预算案中，不仅维持非回教事务委员会的运作，更把每年的拨款数额增加至1500万令吉，让州内的非回教宗教组织都能够获得公平的对待，回归社会的主流。”
Posted by Ngeh Koo Ham at 11:03 AM No comments: 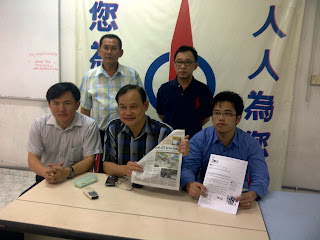 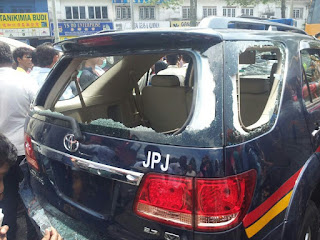 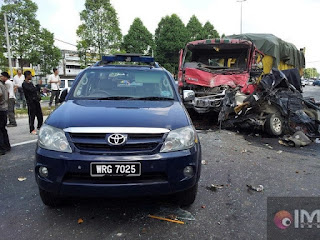 Media statement about the article of Pisau.net 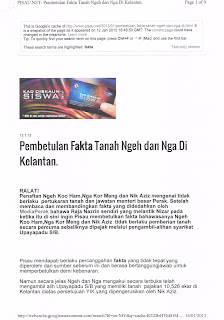 1. Pisau.net has published an article citing factual corrections, clearing me and my PR colleagues of being involved in any corrupt practice.

2. I urge any other parties who have defamed me to follow suit as
there is still room and time to clear Pakatan Rakyat and my name.

3. I hereby extend an olive branch to Pisau.net to redeem himself by
fully meeting my demands, so for the damage he has caused Pakatan Rakyat and myself can be mitigated.

4. Pisau.net must, for the sake of the people, free himself of UMNO/BN crutches to ensure the people of Perak are not going to continue being deceived by the wrongful rule of UMNO/BN.

The blogger who administers the website pisau.net who previously defamed,Tok Guru Nik Aziz, Dato' Sri Nizar, YB Nga Kor Ming and myself through wild and baseless accusations, has partially heeded to the conditions outlined in my letter of demand, through posting an article of 'factual correction' titled

The admittance by the blogger that his previous article being factually
incorrect, is yet another piece of evidence that the allegations thrown at myself and my Pakatan Rakyat colleagues are nothing but cheap, irresponsible and repulsive political potshots. This also goes to show that my name is cleared of the previous accusations peddled by Pisau.net.

I hereby, also urge all others who have defamed me to step forward and follow what has been done Pisau.net, to clear my name and free Pakatan Rakyat from the various ridiculous, untrue and slanderous defamations.

Despite the website of Pisau.net being currently inaccessible, rendering the said article to be equally inaccessible, I appreciate the article as a response to my letter of demand. I can only assume that an interested third party whose interest is to continue hoodwinking the public is behind the locking down of Pisau.net.

The above mentioned article also further confirms our previous stand that BN, Zambry and his EXCOs are at such dire desperation, to the extent that blatantly lying in the state assembly has become the only strategy they could come up with, to divert the public's attention from the real scandals perpetrated by themselves.

I feel it important to reiterate some of the key reasons behind my sending of a letter of demand, and consideration to file a defamation suit against Pisau.net.

* As state Chairman of DAP Perak; one third of the three partied coalition of Perak's government in waiting, any form of tarnishing of my name will negatively impact the people's opinion of Pakatan Rakyat Perak as a whole.

* My own personal integrity as a politician and individual, which has been built over the years through my service to the Perakian people and my contribution to our nation building agenda, is at stake if the likes of Pisau.net is allowed to continue their dissemination of falsehoods and blatant lies.

* To safeguard the prospect of a real change for Perakians; to ensure the power of the Perakians is returned to the Perakians, and to restore democracy to our beloved silver state after BN's unlawful power grab in 2009, I feel it essential Pisau.net is called to task to face the responsibility of it's actions.

In my letter of demand to the administrator of Pisau.net, I stipulated that within seven days upon receipt of the said letter he shall -

(i) publish a fullscreen article in the Blog; and

(1) completely, unconditionally and irrevocably Withdraw the Article and/or Statements; and

(2) tender an unconditional apology to me;

He shall give me his written assurance and undertaking that he shall not repeat, publish and cause to be repeated and published in any form -

(i) the Article and/or Statements; and

(ii) Any statement of similar meaning, nature and/or effect as that of the Article and/or Statements; and he shall pay to me a proper and suitable sum of damages for the injury to my reputation and loss which I have suffered and continue to suffer.

I welcome this first move to meet my demands yet, I must stress that the article on its own, is far from sufficient action for me to stop the defamation suit that I have planned to file. The above referred article is but one condition out of the several in which I have stipulated, and I believe nothing short of the full list of demands is sufficient to mitigate the damage his irresponsibility has caused.

As a Christian who is taught to forgive, I am now extending for one last time, an olive branch to Pisau.net and all others who have defamed me to right the wrongs that they have done, and to satisfy all that is listed in my letter of demand. It is clear to me, through the language of the above-referred article of correction, that he was likely to be misled by his sources and commissioners, much like most BN cybertroopers.

I hereby urge all others who have defamed me to step forward and follow what has been done Pisau.net, to clear my name and free Pakatan Rakyat from the various ridiculous, untrue and slanderous defamations.

Though it doesn't make his actions any less irresponsible, nor does it make his article any less damaging, it gives me hope that this misdirected soul may simply just be misled by his scheming BN masters.

It is also clear, that BN and Zambry are running out of time, ideas and political capital, as a result of Najib's cowardice refusal to call for the dissolution of Parliament, pressing the former against the wall clutching at straws. Desperate men are borne of desperate times, desperate hearts call for desperate crimes. It is now clearer than ever that BN would now stop at nothing, including committing to heinous act of defaming their opponents with totally fabricated lies, in order to hang on to power.

I hereby stand firm on my demands, with a measure of humility in urging Pisau.net to reach out to my extended olive brand, and do what is needed as stipulated in my letter of demand and above. I urge him to do so for the sake of his own dignity, as well as for the Perakian people. The Perakian
must no longer be oppressed by the wrongful rule of UMNO/BN as another article to prop up their lies and to cover up their sins, is another article denying the People of Perak of a fair, clean and just government.

Finally, I repeat my call in the state assembly, as well as press statements and conferences, for Zambry to answer the land scandals I exposed that started this debacle off in the first place.

What is there hiding in the BN political closet with the disputed land approvals to BN cronies that is so scandalous, that Zambry had to resort to defamation and disgracing the sanctity of the state assembly in order to cover up?

State Assemblyman for Sitiawan
Posted by Ngeh Koo Ham at 10:46 AM No comments:

Freedom of press but not the freedom to spread falsehood

NGEH KOO HAM IS FOR FREEDOM OF PRESS BUT NOT THE FREEDOM TO SPREAD FALSEHOOD. NGEH TO TAKE LEGAL ACTION AGAINST NEW SUNDAY TIMES AND REPORTER FOR REPORTING FALSE NEWS.

I have today instructed my lawyers to take legal action against Sylvia Looi Lee Phing and the News Sunday Times as no apology or correction was forthcoming from them with regard to a defamatory article titled ‘DAP is danger of losing Beruas’ written by Slyvia Looi and published by the New Sunday Times on 25/11/2012.

The said article contain many falsehoods which include the following:-

The said article greatly damages my reputation as the Member of Parliament for Beruas.

They have presented me as a irresponsible Member of Parliament who does not visit my Parliamentary Constituency, does not care for my constituents and that I am a religious bigot.

I have lodged a police report against them on 20the December 2012 as they have committed an offence under Section 8A (Offence to publish false news) of the Printing Presses and Publication Act 1984 and Section 499 (Criminal Defamation) of the Penal Code.

Section 8A of the PPPA 1984 requires that the writer and the New Sunday Times to take reasonable measures to verify the truth before writing the said article.

I am in full support of press freedom but not the freedom to report false news. Media has the responsibility take reasonable measures to verify the truth of a matter before publishing it as it will cause great damage to the person(s) who is/are wrongly accused.

I felt duty bound to lodge the above said report and to take legal action against Sylvia Looi and the New Sunday Times to ensure that the public is fed with truth and not falsehood. 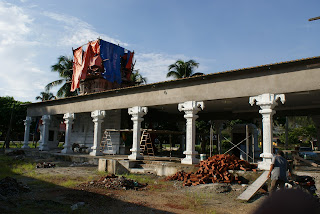 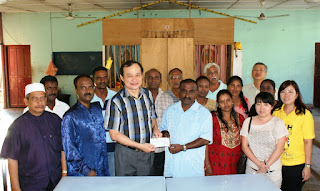 “霹雳州国阵政府延续民联设立的非回教事务委员会，并且增加拨款数额，证明了民联以民为本的精神获得国阵支持。不过我们希望国阵政府能够将该笔拨款用在正确的用途，真正帮助人民，而避免人民求助无门，申请无下文的事件一直重演。”
Posted by Ngeh Koo Ham at 4:45 PM No comments: 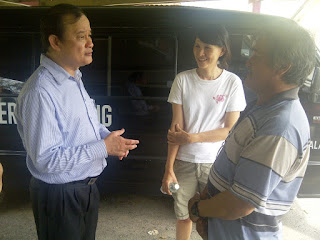 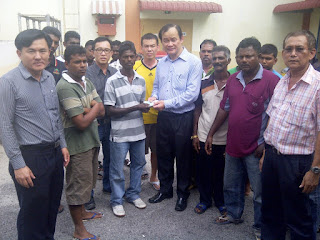