I retract and apologise to any Muslim who is offended by my tweet as it was never intended to be so.

It was 1.43 am 17th September 2012, after seeing world news on CNN, BBC and Al Ajazeera showing violent protests in various parts of the world where lives were lost, many injured properties gutted and unrest ensued in response to the video produced by Sam Bacile, and after reading the news in Malaysiakini.com that YB Khairy Jamaluddin has planned to hold massive protest coming Friday (21st Sept 2012) with regard to the same matter that I tweeted the following words

'Khairy wants muslim protest against Same Bacile. For Islam or for his political gains? Are muslims wasting to much time and energy on this?'

In the context of the violent protests round the world and the many demonstrations to be held that I posed the question ‘Are muslims wasting too much time and energy on this? I was wondering if too much time and energy have been spent in response to the 13.5 minutes video produced by a mad man in the name of Sam Bacile. I wanted our society to think deeper with regard to the way we response to any provocation or issue that confronts us. I have been taught and have always emphasized to the young never to react but always to respond.

I want to make it very clear my following stands:-

1. I strongly condemn the video and its producer for belittling the faith/religion of another person and reiterate support for the stand that has been taken by DAP on this issue which is contained in the media statement issued by my party’s Secretary General on 16/9/2012.

2. I totally support the rights of a person to hold peaceful demonstrations. In my 23 years of active political involvement, I have organized scores of demonstration in Perak. I was arrested by the police in Bersih 2.0 and was there at Bersih 3.0.

The abovesaid tweet has now been twisted by UMNO/BN to say I belittle Islam. This is a total lie. However, having explain the context in which my question was posed, any muslim who is still offended by the question I posed, I apologise as that was never intended.

I feel comforted that a leading Muslim cleric Sheik Yusuf al-Qaradawi, head of international union of Muslim Scholars, Encik Fathul Bari Mat Jahaya, the Executive Committee Chairman of Malaysia Young Ulama Assembly and Encik Musa Awang, the President of the Syarie lawyers of Malaysia have also come forward to call for restraint in the response to this video issue. 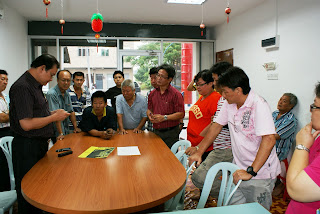 与此同时，店主们也在拿督倪可汉的建议下成立一个筹委会领导一个小组，征求该地区所有店主的意见，并且代表店主们与市议会进行会议，表达店主们的心声，即反对单行道计划及夜市集在该地区摆摊。
Posted by Ngeh Koo Ham at 11:52 AM No comments: 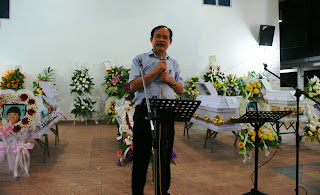 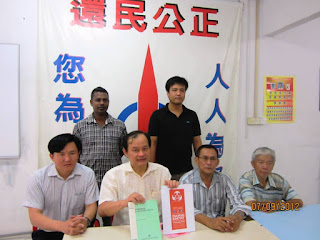