UMNO Allowed but Not Pakatan Rakyat

Police report against the Police.
The Pakatan Rakyat Secretariat led by the Secretary, En. Mohd Yusri bin Yaacob lodged a police report yesterday against the police for not taking any action against Umno Youth (Lumut Division) for showing video clips of the ROWDY Perak State legislative assembly meeting on the 7th of May 2009. They showed the edited version in which UMNO ADUNs were portrayed as well-behaved. The video clips were shown in the Majlis Perbandaran Manjung hall on Friday the 19th of May 2009. (Note the venue chosen; government buildings are being used for partisan puposes. Is this allowed?) In contrast, the police raided the DAP Sitiawan dinner on the 9th of May 2009 when we started to play the same video clips at the SMJK Nan Hwa hall, disrupting a hitherto orderly dinner. 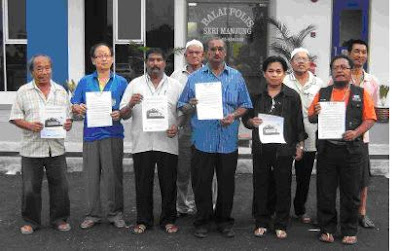 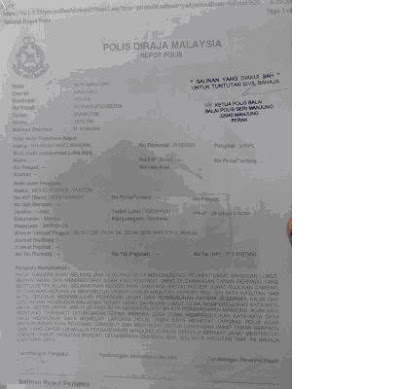 posted by jason ling and edited by Bénévole Anonymne

7 Members of Parliament were suspended for wearing headbands in Parliament today.

The Malaysian Insider reported that Dr Zambry blamed the opposition for picking on BN’s weaknesses instead of its strengths. I believe that the Pakatan Rakyat government could have done much more if not for the unethical and unlawful power grab by the BN in Perak as compared to BN (in 50 years) as one can see for the last few months when PR was in power. PR is well accepted by the people not only in Perak but throughout Malaysia. PR obtained 56% of the votes in Perak during the general election in 2008. They garnered stronger support in the Permatang Pauh, Kuala Terengganu and Bukit Gantang by-elections. PR may not have solved all the problems faced by the people but what the PR government could do was acceptable and people are well pleased.

Dr Zambry also announced an allocation of RM200,000.00 for all the 157 Indian’s NGOs in Perak at the Perak Indian NGOs Consultative Convention in Sungai Siput today. Every NGO will get RM1,273.88 –One thousand two hundred seventy three Ringgit Malaysia and eighty eight cents. These are only crumbs under the table. What is there to shout about?

posted by jason ling and edited by Bénévole Anonymne
Posted by Ngeh Koo Ham at 12:01 AM No comments:

Is the announcement by Datuk Seri Dr Zambry Abdul Kadir of the RM9.0 billion investment by a South American Multinational Corporation another publicity stunt of the BN State Government?

Dato’ Seri Zambry Bin Abdul Kadir has announced yesterday that a South American Multinational Corporation will be investing RM9.0 billion in Manjung for an iron ore/pellet distribution centre for Asia. He added that it is in the final stages of discussion and an agreement is expected to be signed next week.

I have been given to understand that the company is the Brazilian company, Compania Vale Del Rio.

It must be put on record that the said company was in negotiating with the Pakatan Rakyat Perak State Government before the latter was immorally, illegally and unconstitutionally overthrown by the BN.

I hope the BN State Government will not be continuing its policy of announcing many multi million/billion ringgit projects to paint a good picture of the government but none finally materialized as has happened under Dato’ Seri Tajol Rosli.

The Perak Pakatan Rakyat Government has a policy to announce the implementation of projects only if it has been finalized and ready to take off as we hold firmly to our principle that the people must not be misled. Many have lost money investing in lands surrounding projects announced by BN which did not materialize.

Dato’ Seri Zambry Bin Abdul Kadir must confirm that the following are already in place if not the announcement is just another publicity stunt.

1. The Perak State Government has thought through thoroughly the decision to convert the area presently designated for tourism to industrial use.

2. The state government has gazetted the area for industrial use.

3. The Environment Impact Assessment (EIA) report is ready and the report supports the said project.

75% of the respondents in the poll on the MCA Presidential's blog said that MCA should leave BN. Is this academic only as the PM said? With only fifteen MCA seats in Parliament and given the fact that 80% of the Chinese voters in Bukit Gantang voted for Pakatan Rakyat...is MCA not listening to the sentiments of the people?

Is MCA going to join Gerakan and MIC in being rendered irrelevant and insignificant one day? Very soon!

People are having more and more confidence in the Pakatan Rakyat now!

posted by jason ling
Posted by Ngeh Koo Ham at 5:57 PM No comments:

YB Nga Kor Ming launched a signature campaign in Sitiawan this morning to petition HRH the Sultan of Perak to dissolve the state assembly. 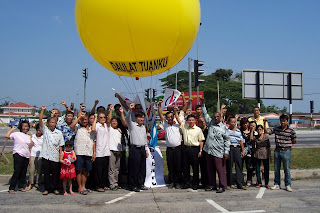 YB Nga and supporters in Sitiawan at the launch
in front of YB Dato' Ngeh Koo Ham's service centre. 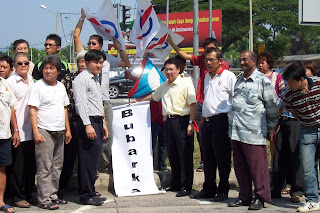 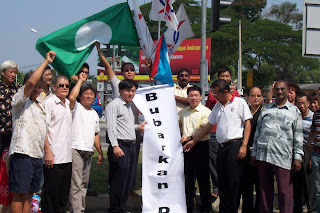 In his press conference, YB Nga reiterated the DUN must be dissolved to solve the long-standing crisis in Perak. The people must be given the right to choose the government; the government must be decided through the democratic process and not through a power grab or by the courts.

He also challenged the 3 'BN-friendly' state assemblymen to either deny or admit the allegations made by Raja Petra Kamaruddin and Dr Lee Boon Chye that they received millions of ringgit to be 'friendly' to the BN. They should not remain silent. Let the people know the truth. They should clear their names.

If the allegations are true why did BN pay YB Hee RM25 million and the other two RM3 million each? WHY? Discrimination? Does it have anything to do with the impending coruption cases in the courts? 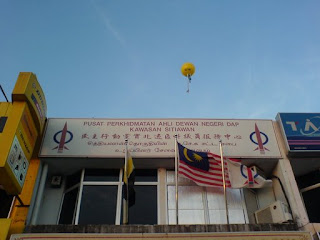 posted by jason ling and edited by Bénévole Anonymne