The peoples of Kg Jering had made a bold step to join DAP because DAP has proven to be reliable,transparent,accountable and trustworthy.
'The politicians shake your hands during election,
after that your confident'
This has proved otherwise with DAP's politicians with the opening of the new branch with 60 new members under the able leadership of sdr. Lee Yik Haw, who is also the Ahli Majlis of Majlis Perbandaran Manjung and the secretary to YB Dato' Ngeh Koo Ham. 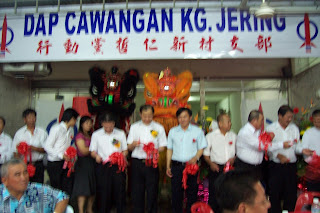 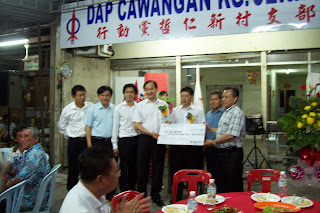 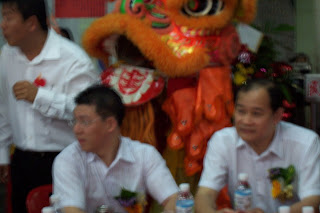 Dato' Ngeh greeting the villagers on his arrival to the opening ceremony. The ceremony was attended by YB Nga Kor Ming and DAP leaders, PAS leaders and members and well wishers from far and near. 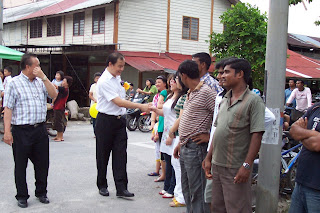